The History of the Persian Rug

Your Persian rug, whether it is positioned snugly in front of your fireplace or running along a hallway, is a textile masterpiece steeped in history. Centuries of creativity and ingenuity have lead to the creation of the highest-quality rugs showcasing a reflection of the past, and each with a unique story to tell. 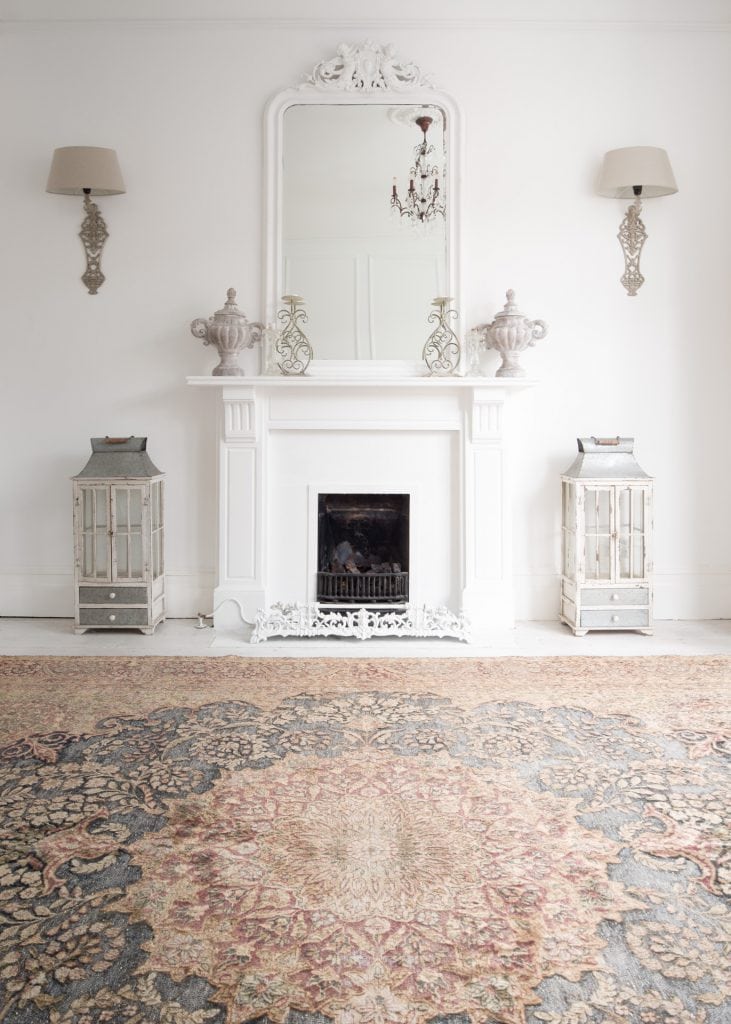 In 1949, Russian archaeologists discovered the oldest known carpet in the Pazyryk valley, Russia. Dating back to the fifth-century BC, the Pazyryk carpet is a fine example of the skill which existed and has been developed and refined over the centuries. From this, we can gather that the art of carpet weaving began in Iran (formerly known as Persia) some 2,500 years ago. It was, and still is, the most widespread handicraft in Iran and an intrinsic part of Iranian life, whether that be the farming of the fine wool or the colouring of the dyes. 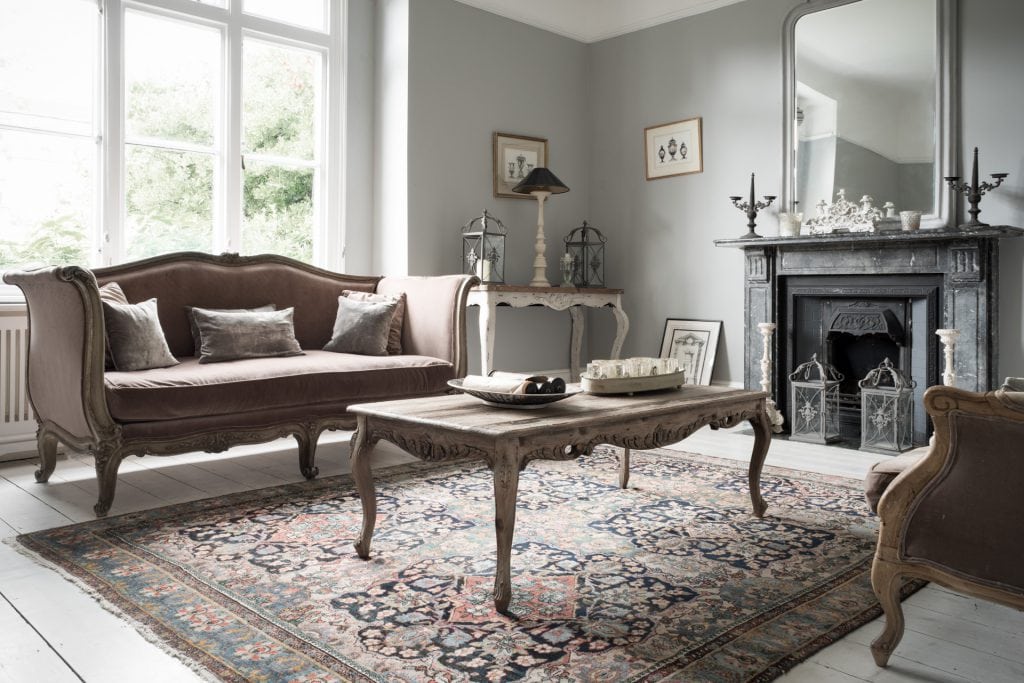 Originally woven to protect ancient tribal households from cold and damp conditions, the purpose of the Persian Rug has changed significantly from a fundamental part of the home to a piece of fine artwork beneath your toes. As multiple generations were taught the ancient skill and craftsmanship that goes into the creation of a Persian rug, the quality of design improved with the addition of intricate patterns and colours.

The increasing beauty and extravagance appealed to new owners in the sixteenth century who sought grand, timeless pieces for their properties. Persian rugs gradually became popular with kings and noblemen who viewed them as a sign of wealth and superior class and ultimately, as an investment. Now in palaces, mansions and museums all over the world, a Persian rug is the most treasured of possessions. Weavers have used the same ancient hand-woven techniques to ensure that rugs last for centuries; the quality has certainly not been compromised in favour of design.

Whilst Persian rugs are considered to be the quintessential Oriental rug, there are multiple other types of rugs which are similar in design and colour.

Original Bokhora and Tribal rugs feature geometric patterns whilst Persian rugs are renowned internationally for their intricacy and variety of pattern, rich colour palette and symbolism. Below is an examples of an  Persian Isfahan rug 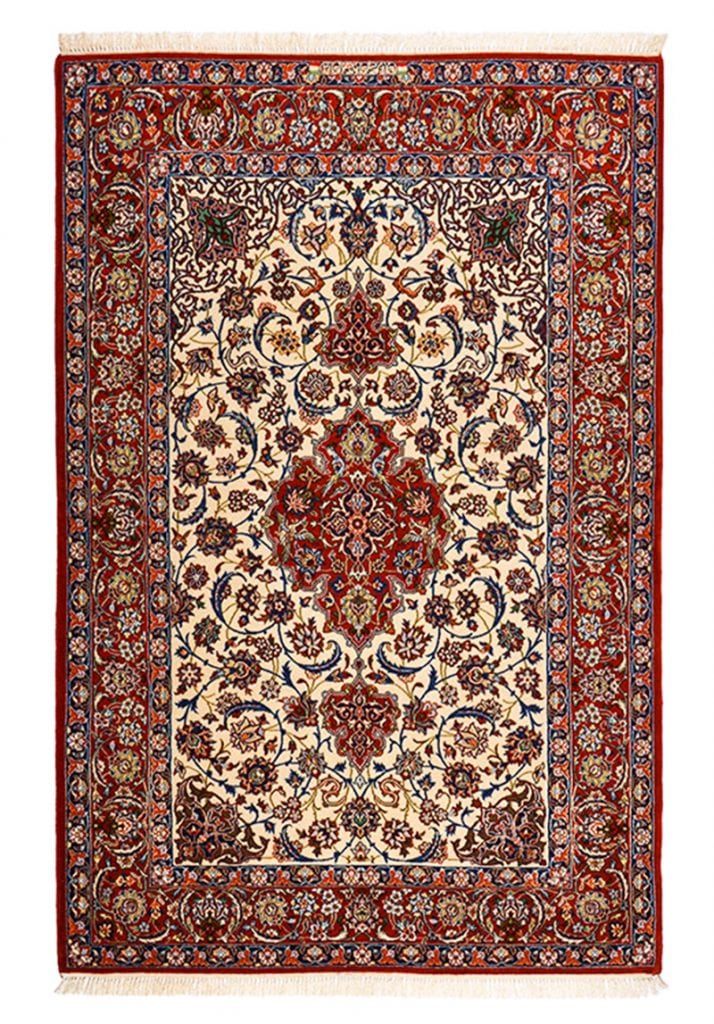 The design of Persian rugs are incredibly diverse and vary significantly dependent on the geographical location. The rugs of metropolitan areas differ greatly from those of a rural village. The metropolitan carpets follow a precise, symmetrical pattern and are noted for their sophisticated floral designs. Smaller rural and nomadic carpets have a more freehand design with bold, simple patterns and a wider variety of weaving techniques

These textile masterpieces have the ability to tell a colourful story; the admirer will be transported to exotic lands thanks to the use of ancient motifs and symbolism. Symbols and patterns vary from lotuses representing rebirth, stars representing spirituality and peonies symbolising power. Rugs with intricate designs featuring medallions and prominent borders can be striking in the home; forget the potential colour clashes with your other furnishings- these rugs will become the focal point of your home and other furniture will work around it. Below is an examples of an Antique Persian Dorokhsh rug 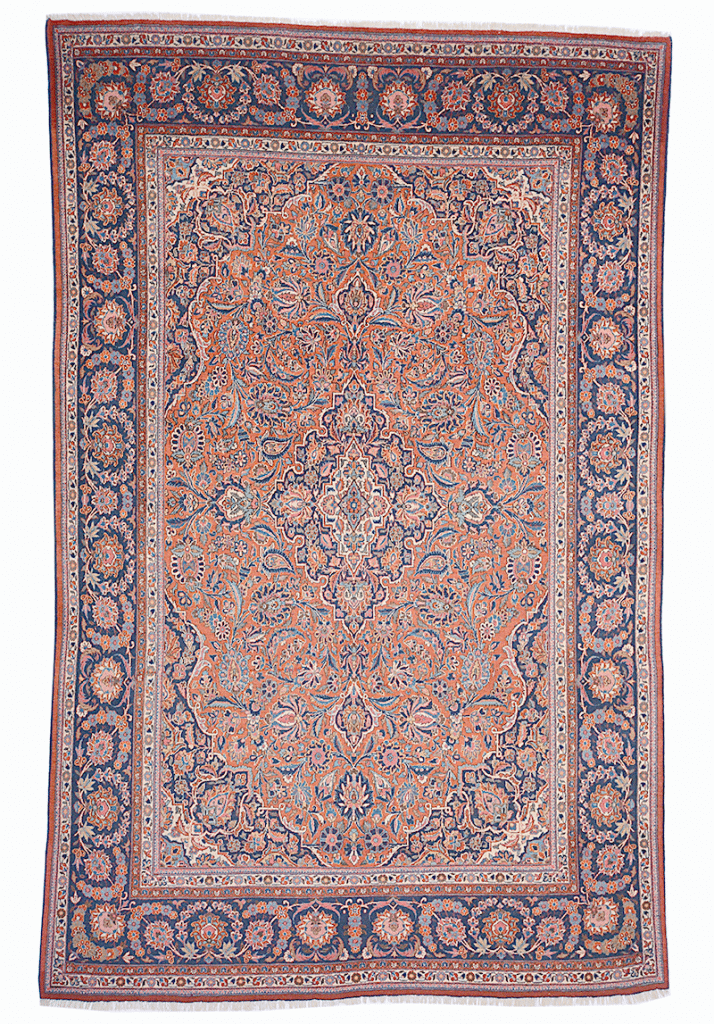 Persian rugs were originally woven using natural dyes derived from plant and insect extracts such as oak, pomegranate and root vegetables; these are better than modern artificial dyes which fade incredibly quickly and create warmer colours. The use of bold colours on a rug is particularly striking in a neutral home. 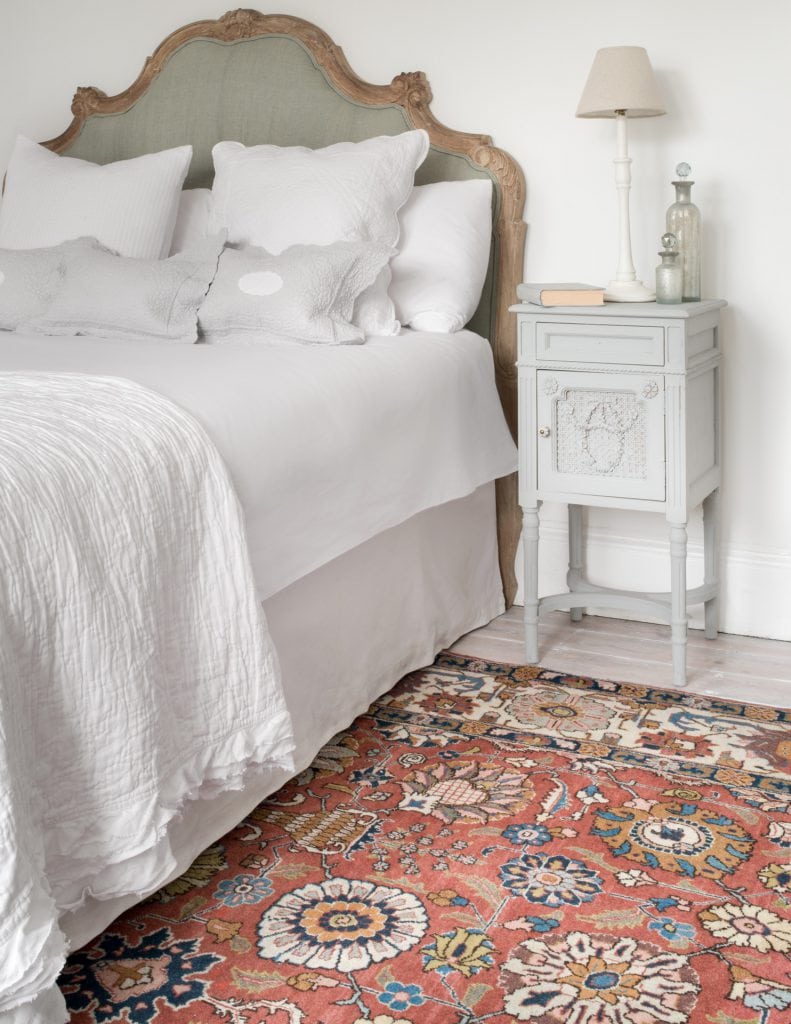 Persian rugs are timeless antiquities which should be treasured and handed down through generations, and their history should always be preserved. We have been supplying some of the finest Antique and new Oriental and Persian carpets, rugs and runners for many years. Our unrivaled collection is eclectic, sophisticated and we genuinely have something for every room on size and colour. For more information, a home trial or a free measuring service, please do get in touch.