Sarouk Rugs - A Decadent Choice - Persian Rug Company
30% off everything in-store, throughout January • Extra 20% off a 2nd rug (or more!) from the Outlet
Visit our showroom
Close menu
Wishlist 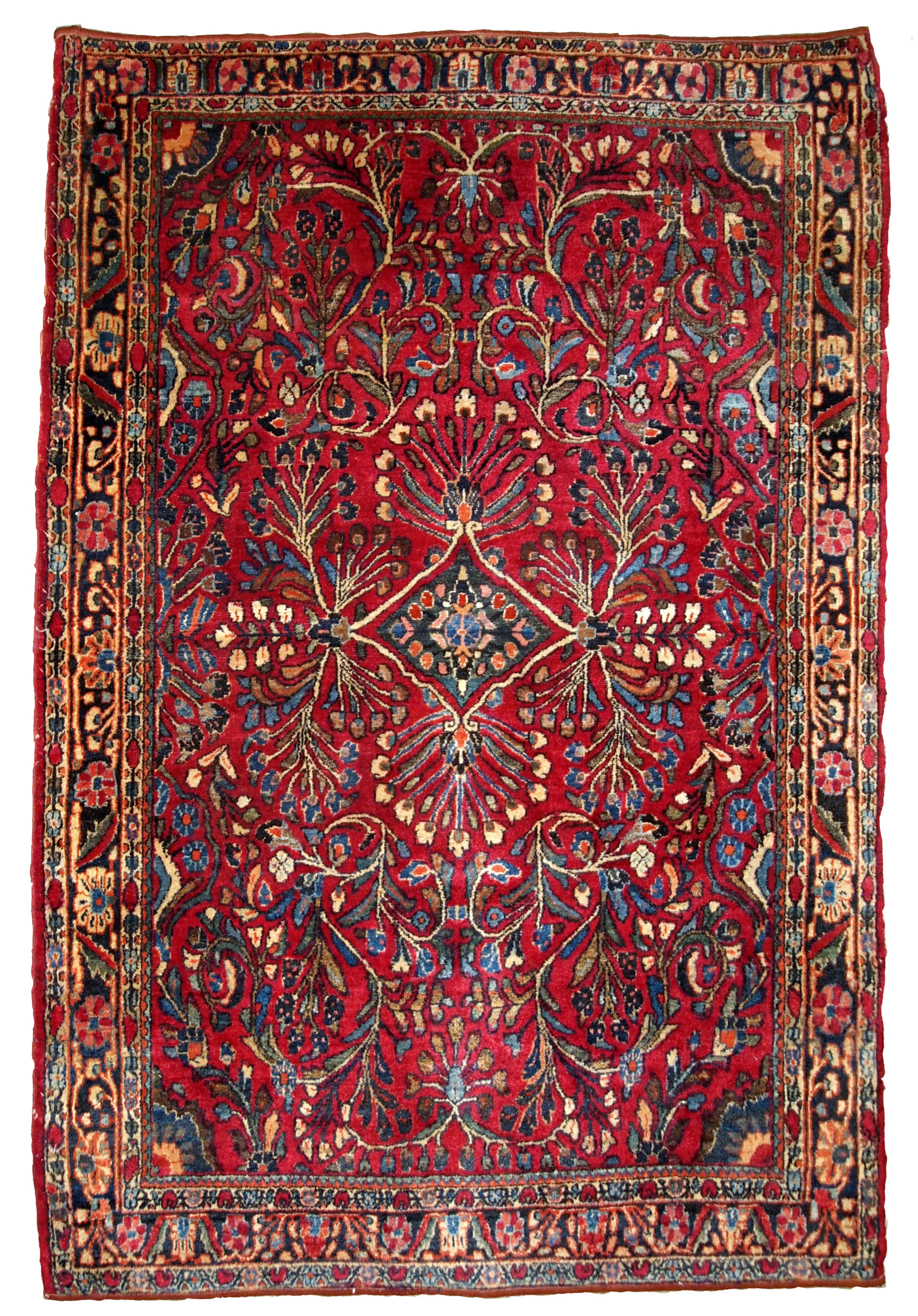 Made in a village in the Arak region of Iran, Sarouk rugs are some of the most glamorous genuine Persian rugs available to buy today. They tend to have a unique salmon pink as their ground, often combined with shades of cream, dark blue and green. Sometimes woven with a classic medallion design, these highly sought-after rugs are often beautifully ornamented with attractively angular arabesque designs, while their borders are usually quite simple.

Sarouk rugs became very popular with the American market early in the twentieth century. Those with a darker rose-coloured ground became extremely fashionable and became known as ‘American Sarouks’. These Persian rugs convey a sense of opulence that has something of the fin de siecle about them.

A recent client selected a sublime example with a ground of deep raspberry pink surrounded by a midnight blue border. The wool of her rug had a particularly silky quality that comes from a special breed of sheep that come from the Arak region. The beautiful lustre of 100% pure wool, is a feature of all of our rugs, but there are some types of wool that are second to none for softness and luminosity. Our client was enchanted with the look and feel of her rug and chose to place it in the sitting room of her Norfolk manor house.

At the London Persian Rug Company we are able to source very rare antique rugs such as Sarouks, that are impossible to find elsewhere in the UK. Sarouk rugs are very much in demand as antiques, and whether you choose a classic Sarouk or an American style, they are among the most beautiful of genuine antique Persian rugs. Glamorous and decadent, a Sarouk is the perfect Oriental rug for those who wish to add an alluring edge to their interiors.