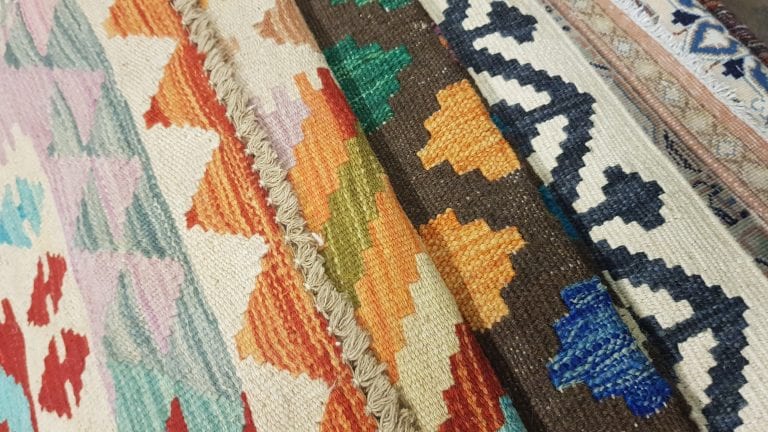 Don’t know your kilims from your Persian rugs? We are here to help!

I’m sure you’ve heard the word ‘kilim’ before even if you’re not entirely certain what it is. Kilims (or kelims) are ‘flat weave’ rugs which means they are made by interweaving the warp and weft strands to produce a flat surface. They are essentially tapestry weaves. The hidden warp strands are either cotton or wool. The visible weft strands are almost always wool. Persian rugs which are made by knotting strings of thread individually into the warps and cutting the thread after each single knot to create a pile rug. Persian rugs have cotton foundations (warp and weft) with wool piles. 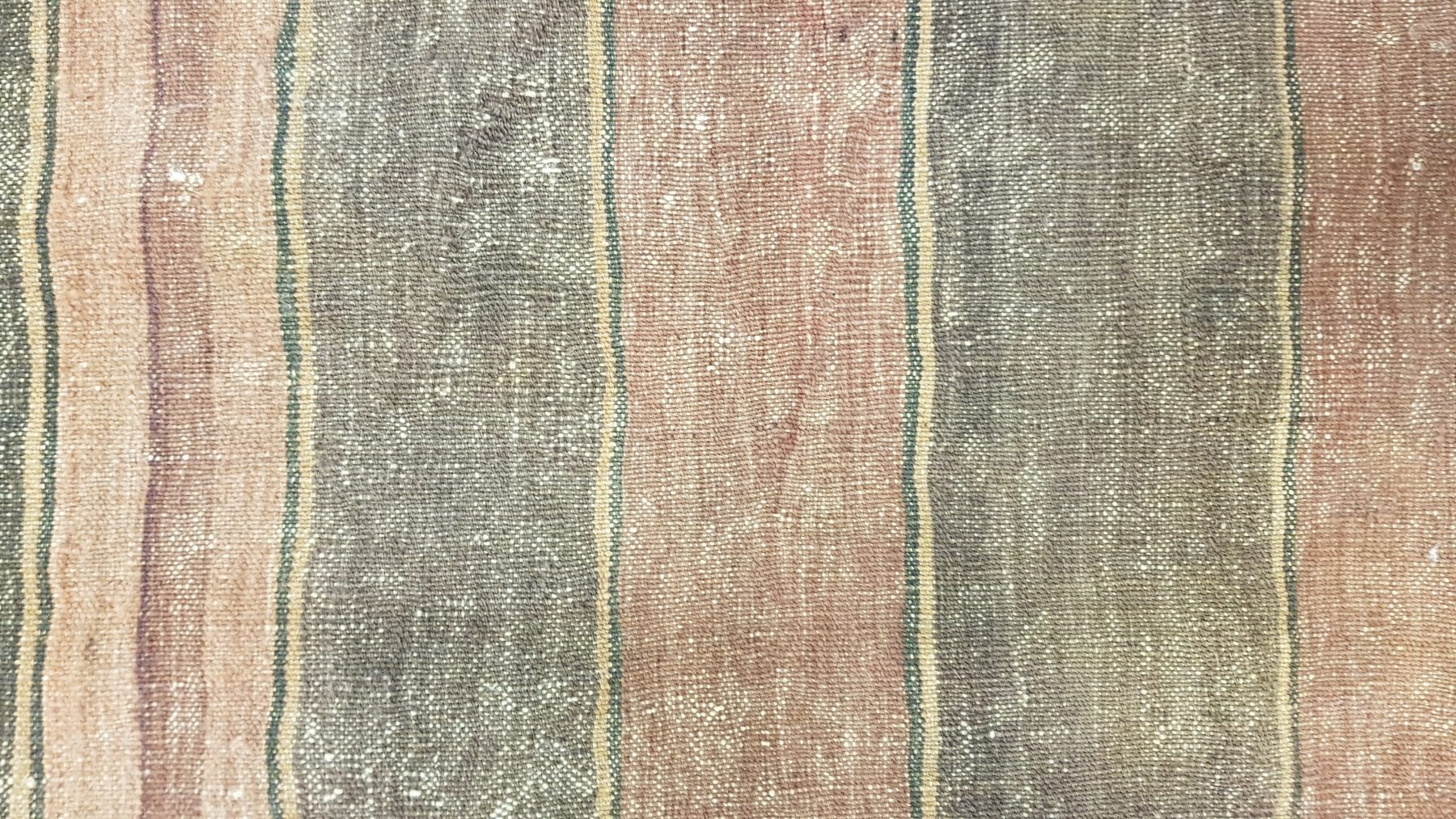 Kilims are traditionally made in countries of the former Ottoman Empire, such as Turkey, Iran and Azerbaijan, as functional and decorative textiles. There are many different kinds, for example; Suzani which are decorative and are embroidered with raised figures after the ordinary kilim is woven, Jajim which is a kind of striped carpet, Khorjin which are used for carrying goods.

There are noticeable motifs within Kilim weaves, being woven by nomadic tribes. Female figures occur often as symbols of motherhood and fertility, depicted as stick figures with arms and a skirt. The amulet promotes protection and good luck. Depictions of wolves mouths and scorpions protect flocks against both. 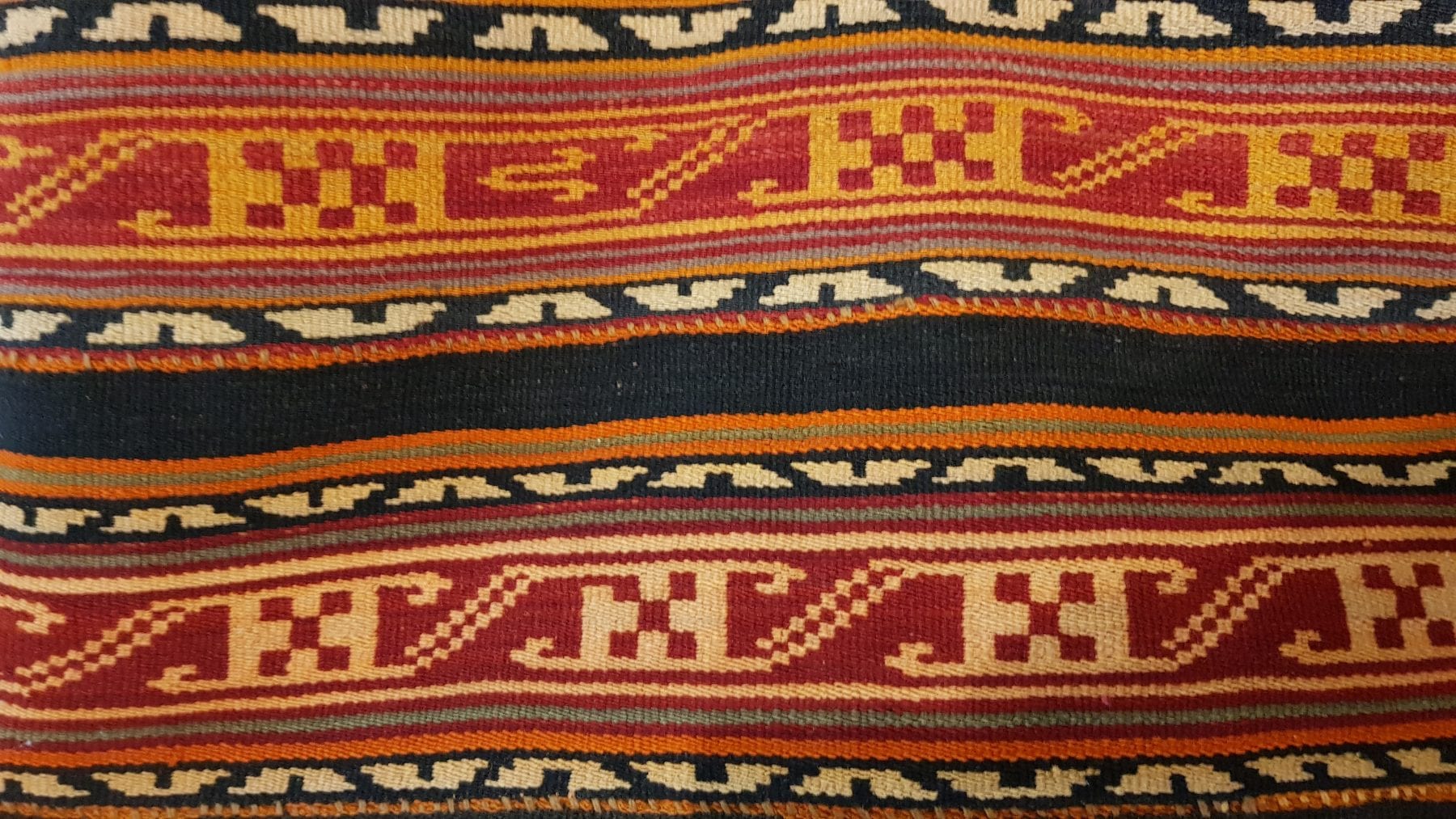 In all they’re guises Kilims are varied and beautiful textiles and make a great addition to any household. People use them as rugs, wall hangings or furniture covers. Ottoman footstools, who’s origins are also found in the Ottoman Empire, are good examples of the latter. We stock a wide variety of Kilims at our warehouse all handmade, naturally dyed and traditionally produced including many antiques. As always we recommend trying out a few in situ and will happily provide this service. 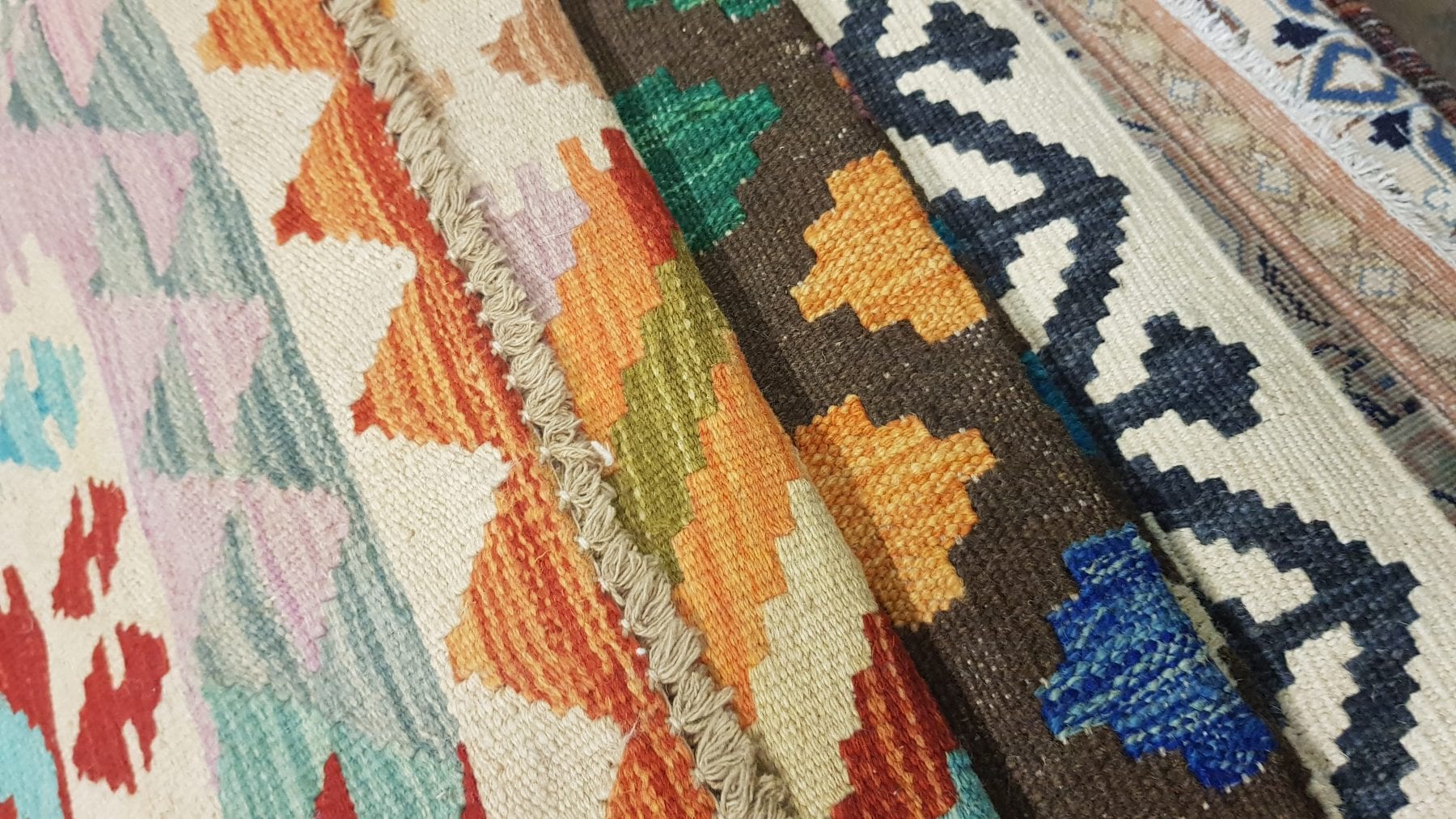